skip to main | skip to sidebar

Create stories to enrich future
generations. Bring photos, letters, artefacts or stories to help you explore,
reflect and write about your place in the history of your family. Imaginative
exercises and meditations will enable you to glean the wisdom and legacy of
your ancestry.

Managing Workplace Emotions
You can't change conflict and opposing points of view in the workplace. You can, however, change the way you react. Become more emotionally aware, harness your emotions and express them positively with control, confidence and composure.
Friday 1st March 2019 12.30pm -3.30pm

So after all this backcountry excitment, at Shona's insistence we opened our gifts on Skype for our first ever cyber christmas. Shona was in Austria and had patiently waited all day (after training) until we were all awake in Revelstoke. Her big gift to us is a Book "A year in the life of - 2009" -a spectacular collection of the families photographs and trips including some of hers from New Zealand, some of Chris's from Chile, Clive's bike trip from hell in Kamloops and exotic pictures of our wonderful Rockies back yard.
After we had opened a heap load of books it was time to head to the Revelstoke ski hill in perfect weather and great snow. As the turkey slowly cooked in the oven Clive, Chris and I raced down the mountain over and over again. The views were staggering and the weather perfect. What a great great Christmas. A Big Thanks to Chris and Shona for making it so fantastic. 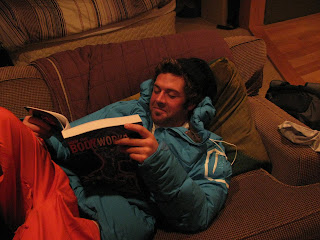 Waiting on Turkey and other good stuff to eat. 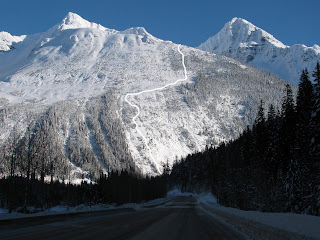 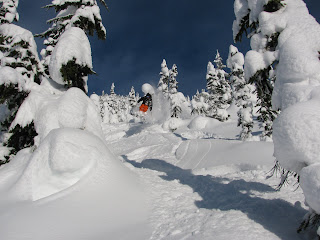 Definately some kangaroo hops in this boys blood although I don't suppose a kangaroo ever really saw snow. Exuberance in a body. 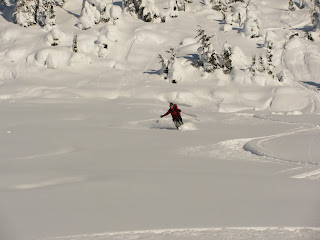 Yeah I can actually link a few turns. Yahoo 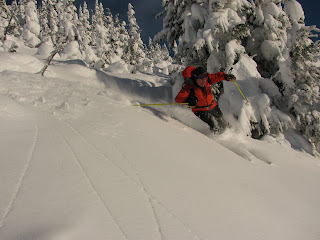 Clive - has the original go faster genes that he generously passed on to his kids. 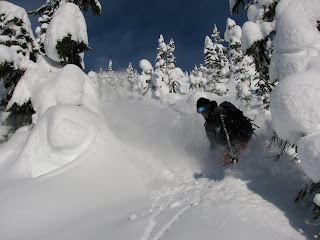 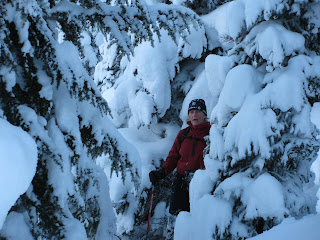 Ohmigod these trees are tight. 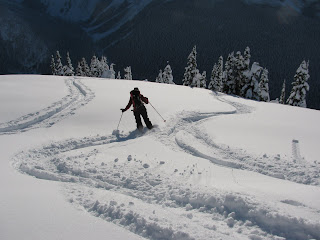 My son dug a pit and said that the top foot might slough off but not to worry just turn from side to side. Yikes I thought I was going to die! Still the first couple of turns were good then into the abyss. I hoped he remembered there was no way I could fly off a cliff. My limbs are definately firmly attached to the earth. 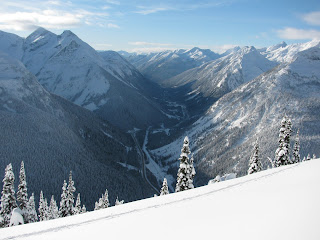 There's the road - a way down there! Suddenly I remembered the last time I had skied with Chris at Whistler when I tumbled head over heels down a vertical slope for what felt like an eternity. And here I was again - too late! 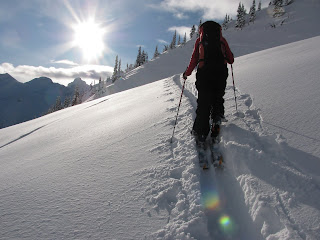 It was a spectacular up track. I love blue sky days particularly on Christmas eve. Funny there did not seem to any Malls within a 100 Kilometres. I like it. 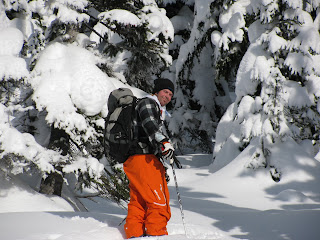 Chris ambling up the mountain with great ease while I suck great globs of air and feel like my lungs are about to explode.
Posted by moonshadow at 4:44 PM