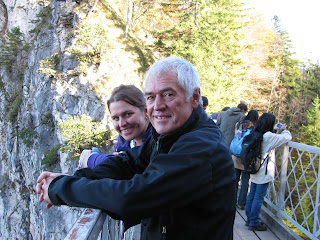 Clive and Shona at the bridge, nature lover King Ludvik built to view the gorge. 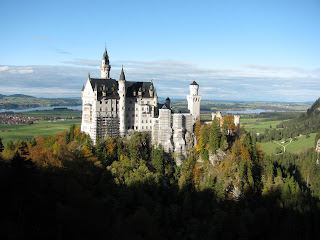 The castle that inspired Walt Disney to build his fantasy castle. King Ludvic was found drowned in the lake under suspicious circumstance. He only spend 172 days in his castle and slept alone in his bed (he was not married the guide told us in all seriousness). It took 14 craftsmen and 4 years to build his bedroom. Now I think he must had a few enemies. Shortly after his death in the 18th century the castle was open to the public and was a great historical theme park. 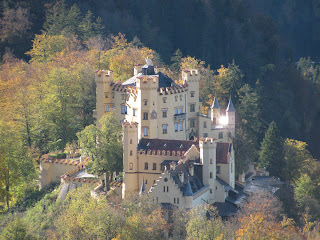 Next door to fantasy castle, just a 10 minute walk away was the castle that he was born and brought up in. Now why would ludvic need another castle? I don't get it. 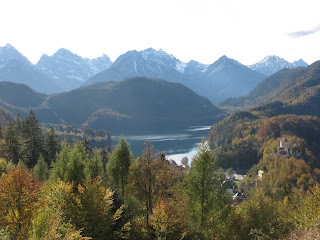 Ludvik did appreciate the magnifcent scenery around his castles. I think he liked climb to the highest turret and sing "I am the king of the castle and you're the dirty rascal!" 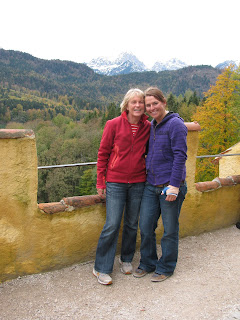 Me and Shona at the first castle. Note the cast that put an end to skiing in Austria. Our next stop was Munich Airport. Shona returned to Canmore the next day and Clive and I drove back to France.
Posted by moonshadow at 8:33 PM